Most Popular Firearms Throughout the States 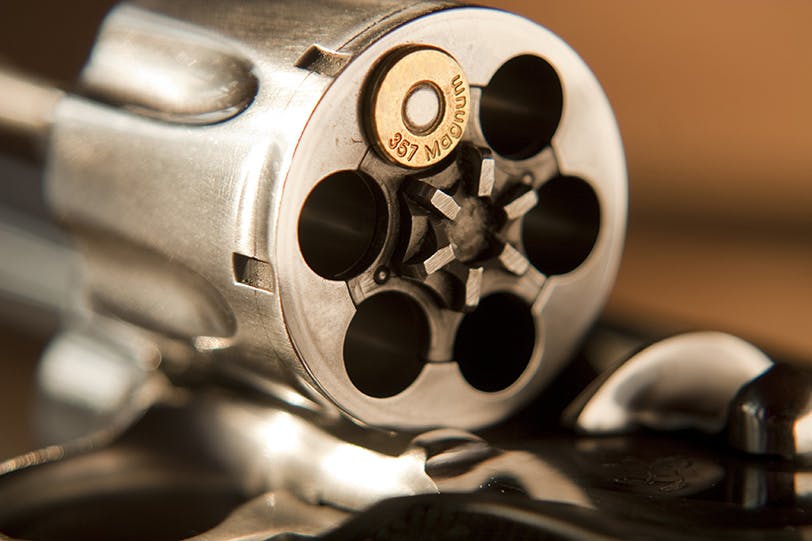 Certainly, every gun enthusiast has their favorite firearm, but what about each state?  Just as the most popular firearms vary from person to person, iconic guns also vary from state to state. Did you know that eight of the fifty states actually have an Official State Firearm? In fact, Utah legislature became the first to name an official state gun in 2011. Here is a quick breakdown of the most popular firearms in several states based on personal gun usage, local hunting, manufacturer headquarters, and historical events that have taken place in that particular state.

In July 2014, the pre-1964 Winchester Model 70 rifle was named Alaska’s Official State Gun to commemorate its role in helping Americans “establish a firm foothold” in the Alaskan frontier between 1930 and 1963. Senate President Charlie Huggins refers to the gun as the “rifleman’s rifle” in the bill.

Arizona Governor Jan Brewer designated the Colt Single Action Army Revolver as Arizona’s state gun in April of 2011. Also referred to as a “Colt .45”, this revolver was made famous in the historic Wyatt Earp gunfight at the O.K. Corral in the Arizona Territory before the West was won. The Colt .45 was a favorite of frontier heroes like Buffalo Bill Cody, Bat Masterson, and Wild Bill Hickok.

The Glock-19, a 9mm, was made famous in the early 90s by the East Coast vs. West Coast rap battles. The Glock 19 was immortalized in the popular song by Tupac, “2 Glocks”, and remains a popular pistol today. Pistols are semi-automatic handguns with magazines that slide into their grips and are the most manufactured category of American firearms.

Indiana adopted the Grouseland rifle as its state gun in March 2012. This rifle was designed between 1803 and 1812 by John Small (who was also the first sheriff of Knox County, Indiana) and is kept at Grouseland, the home of President William Henry Harrison. The Grouseland rifle and its maker are considered to be integral parts of Indiana history. Today, there are only six known Grouseland rifles still in existence.

In June 2013, Kentucky adopted the appropriately named Kentucky Long Rifle as its state gun and one of the most popular firearms in the area. This American long rifle was an important early frontier gun following the American Revolution and was widely used for almost 100 years after.

Though hunting is currently illegal, there are ongoing talks of opening areas for grizzly hunting in Montana’s Yellowstone area. This  S&W 500 Magnum revolver accurately represents Big Sky Country and its need for defense against local predators. This fifty-caliber, semi-rimmed, handgun cartridge is one of the best rounds out there and can be shot at our range!

This lever-action repeating rifle iconically became one of the most famous and popular hunting rifles. Known as the gun that ‘won the West,’ the Winchester Model 1894 is a hat tip to Nevada’s rough and tumble history that truly began when gold was struck in California. Many fans of the Winchester brand were excited to hear of a weather-beaten Model 1873 lever-action rifle leaning against a juniper tree in the backcountry of the Great Basin National Park in eastern Nevada in late 2014.

S&W Model 19 was produced for policemen to counter the mob and New York City crime in the 1930s. The Model 19 is chambered for .357 Magnum, the oldest “magnum” handgun cartridge. This firearm is medium weight and fires a powerful cartridge with brilliant accuracy, making it one of the most popular firearms among police officers.

The Thompsonsubmachine gun was invented by John T. Thompson in 1918. This submachine gun became infamous during the Prohibition era and was commonly seen in the media at the time, being used by both law enforcement officers and criminals alike. Although the original, fully automatic Thompsons are no longer in production, you can let your inner gangster come alive at The Range 702.

This sniper rifle was invented by Tennessee resident, and NRA board member, Ronnie Barrett in 1984. The Barrett M82 is a .50 caliber, semi-automatic sniper rifle that weighs about 30 pounds and can accurately shoot a target more than a mile away. You can experience these same type of action by shooting a similar sniper rifle at our range.

Utah is the home state of inventor John Moses Browning, therefore it should come as no surprise that this classic pistol is Utah’s Official State Gun. Still manufactured in the state to this day, the Browning M1911 served as the standard-issue sidearm for the U.S. Armed Forces until 1986. This historical firearm, which dispenses freedom 8 rounds at a time and fires a .45 caliber cartridge, can be shot at The Range 702.

The Hall Model 1819 flintlock rifle was named the Official Gun of West Virginia in April 2013. Invented in Harpers Ferry, West Virginia, this rifle had almost 200 years of pedigree and a lengthy stretch in the U.S. Army before it earned Official State Gun status.

No matter where you live in the country, there’s a gun for you! Come to The Range 702 to check out our many offerings and book your lane today!

Shoot our custom Unicorn M4 and Glock today and you’ll be smiling forever.