Guns of the Sky Throughout History 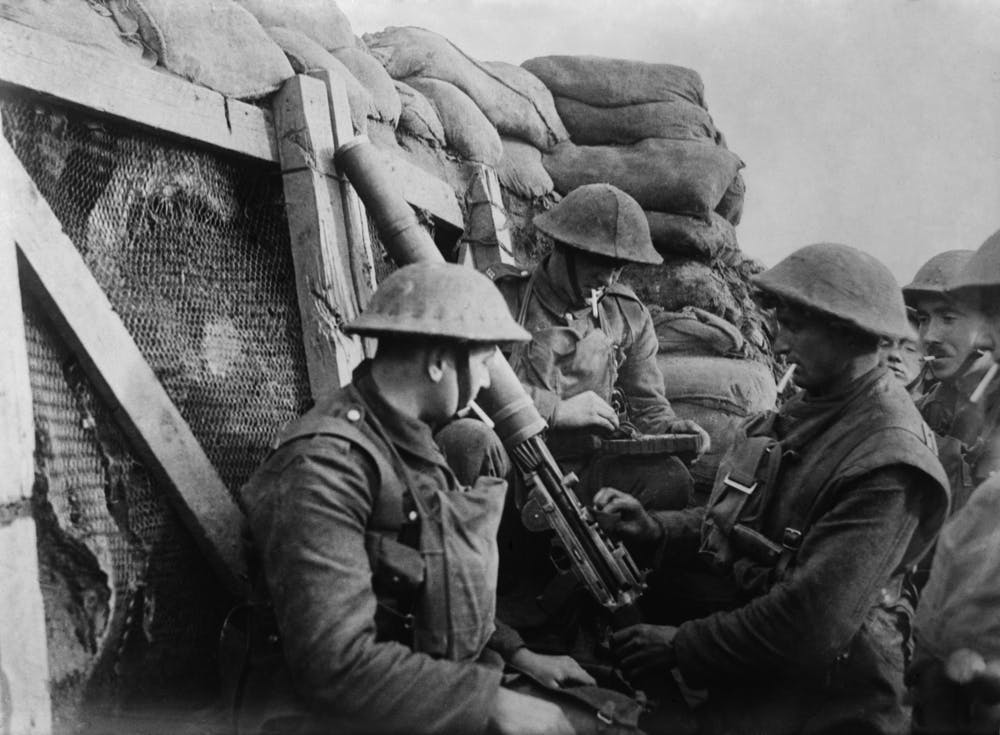 Embark on a journey throughout history and learn about some of the most infamous guns of the sky – devastating aircraft-based weapons.

Back in the early 1900s, airplanes were considered a novel concept, a daring accomplishment, and an unproven innovation that hadn’t really found its niche in society. But along came World War I and it didn’t take long for the airplane to be pressed into service as a wartime tool of significant importance. While hundreds of WWI planes were used as surveillance vehicles and observers of enemy movements, pilots soon began bringing their rifles into the cockpit – and the notion of an airplane as an offensive weapon came to be.

From the early bolt-action rifles propped against a pilot’s leg in the conflict of 1914-1917 to the awe-inspiring firepower of today’s modern Gatling-style cannons, one only needs to look skyward to witness some pretty amazing weaponry. Let’s look at some of the infamous guns of the sky – focusing on WWI, WWII, Vietnam, and today.

The French outfitted their contemporary Voisin III bomber airplane with massive 37mm cannons that were effective against targets in the sky and on the ground. The Spad XII was another French-designed airplane that saw use among French, British and, American pilots. It was fitted with a 1.46-inch, 12-shot cannon that was specifically designed to down enemy aircraft. The War ended prior to any additional weaponry-based innovations in airplanes, but pilots quickly found that a dedicated, plane-mounted gun could be a much more ferocious weapon than a rifle brought into the cockpit. It wouldn’t be until the late 30’s that guns of the sky would become considerably more advanced.

The Great War was devastating on all fronts and part of this stemmed from the serious weapon innovations that came to be during the 30s and 40s. The Nazis used Mk 108 30mm cannons in their Me-163 Komet “fighter plane,” guns that could launch up to 650 armor-piercing, incendiary, or high-explosive rounds per minute. One well-placed shot on an Allied plane would knock the pilot out of the sky. 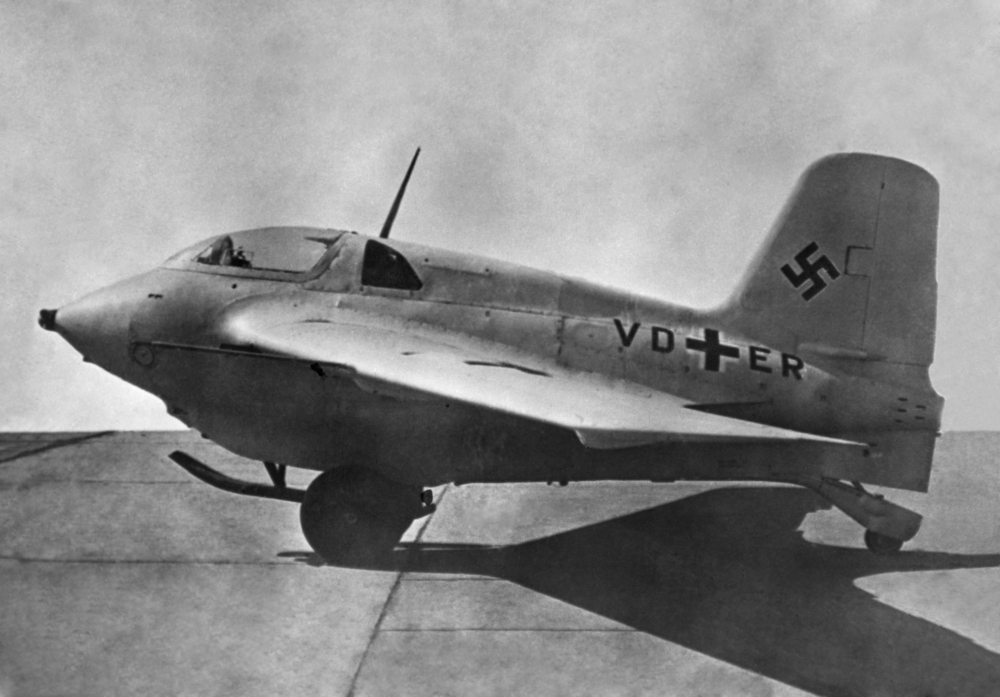 The Americans countered with the T9 anti-aircraft gun, mounted in the domestic Bell P-39 Airacobra. The plane was essentially crafted around the massive 37mm cannon – much like today’s A-10 Warthog. As the P-39 wasn’t a great dogfighter, the Army reassigned it to a ground attack role and it showed tremendous capabilities in this realm.

Fast forward 25 years and we’re in the midst of the Vietnam War. When we look at the guns of the sky then, it boils down to two main classifications – the cannons built into the fighter jets of the day and the weapons mounted on 1970s-era bombers. The F4 Phantomand General Dynamics F-111 Aardvark both housed massive stores of cannon rounds and were adept at dogfighting against enemy MiG fighters and striking ground targets. The tremendously-capable C-130 Hercules cargo plane was quickly converted by the Air Force into the AC-130 Spectre – a massive gunship that could decimate enemy positions with 20mm and 40mm cannons, and literally tons of bombs. 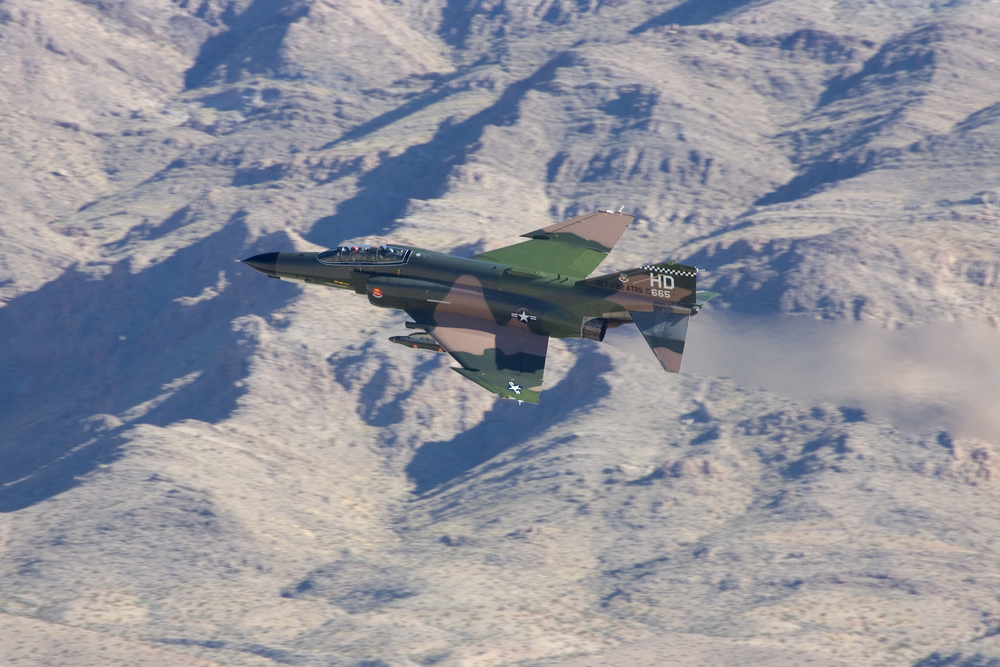 TODAY’S GUNS OF THE SKY

No list of today’s airplane-mounted weapons would be complete without mention of the Air Force’s incomparable A-10 Warthog. This purpose-built aircraft was built around General Electric’s devastating 30mm Gatling gun – itself a marvel of modern engineering. It can fire up to 4,000 heavyweight rounds per minute and make mincemeat of tanks, missile positions, enemy combatants, and even buildings at the touch of a button. Beyond airplanes, today’s urban war zones are ideally suited to heavily-armed helicopter gunships like the AH-64 Apache. These choppers account for nearly 3 out of every 4 enemy kills in contemporary fighting in Iraq, mainly due to the presence of the Apache’s 30mm M230 machine guns and advanced enemy engagement software.

When you think of the advances of airplane and helicopter-based gun systems over the past 100 years, it is no wonder the level of accuracy, efficiency, and overall wartime devastation has grown exponentially. One A-10 equipped with the 30mm Gatling gun could match up to dozens of WW1-era tanks or airplanes – without breaking a sweat. If you’re ready to experience some of the most unique, exhilarating, military-grade weaponry on the planet (without having to take a flight in a USAF jet), visit us today!