Clip vs. Magazine: What’s the Difference? 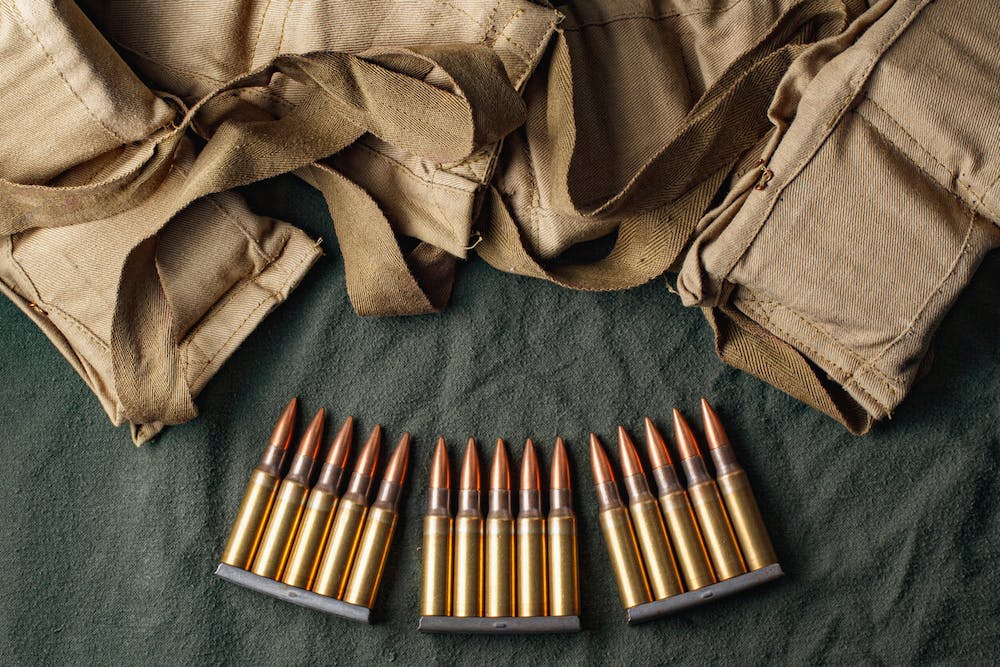 If you don’t know much about firearms outside of watching action movies or detective shows, you may not know the difference between common gun terminology. There is a good chance you have heard “clips” and “magazines” being used interchangeably. However, it may surprise you to learn that they are not the same thing!

Our expert range instructors share what you need to know about clips vs magazines and how they are different.

What Is a Clip? 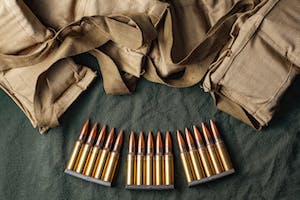 Clips allow you to hold ammunition together for easier loading and storage. They are generally constructed with steel stamping to hold individual rounds as a unit, which are then loaded into a magazine or the firearm itself. The two most common types of clips are the en bloc clip and stripper clip.

The term “clip” is often used incorrectly to refer to a firearm’s magazine when they are actually two separate devices.

Looking to get more familiar with shooting? Sign up to train with an expert at our indoor firing range! Contact The Range 702 today.

What Is a Magazine? 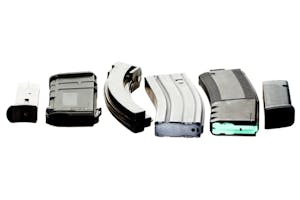 A magazine is a device that allows you to quickly load multiple rounds into firearms, particularly semi-automatic guns. Most of the time, rounds are inserted into magazines by hand, but you can speed up the process by using a clip.

As we mentioned, the clip holds the rounds together, making it easier to insert them into the magazine for quick reloading and firing. Some firearms have internal magazines, while others have detachable magazines.

When you take apart a magazine, you can see that the internal structure of the housing resembles a clip. Some guns, such as the AR-15, Glock handguns, Ruger guns, SiG, HK, and Smith & Wessons, can handle high-capacity detachable magazine attachments.

Why Are the Terms “Clip” and “Magazine” Used Interchangeably?

Using the terms “clip” and “magazine” interchangeably was likely due to the reference in World War II movies when soldiers would say “pass me a clip” as they ran out of ammunition in the middle of a firefight.

M1 Garand rifles, once standard issues for U.S. infantry units, featured an internal magazine that accepted en bloc clips. By the time the U.S. military switched to magazine-fed weapons, journalists and screenwriters had gotten used to the term “clip.”

Additionally, journalists covering guerrilla warfare in Central America during the 1980s coined the term “banana clip1,” referring to the curved, high-capacity magazines for AK-47 assault rifles. Apparently, calling these devices “banana magazines” did not have the same ring. Eventually, they were described as “banana mags,” but the common cultural slang was already established.

How Do You Load a Clip?

Speedloaders or stripper clips allow you to insert several rounds at once into a magazine. The clip is placed on the lip of the magazine housing. You can then push down firmly on the top round so that the bottom presses down on the spring, and the rest will follow. 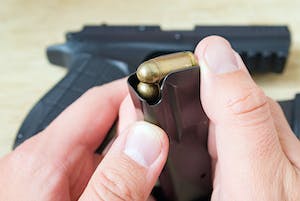 How Do You Load a Magazine?

If you are not using a clip, getting the rounds into the magazine is as easy as pressing the spring tab down with your thumb so that there is enough room for the cartridge to slide below the lips of the housing.

What Is Buying a Magazine Like in a Gun Store?

Not everybody is a firearm aficionado, and most people will need help to select the best parts, ammo, and devices to improve their gun handling and shooting. When shopping for magazines, you can always ask questions and lean on the expertise of the gun store employees to help you make the best choice.

Remember to do some research and take your time. If possible, take your firearm with you when purchasing so that the magazines can be tested. The fit and capacity are not the sole factors to consider when shopping for magazines. Differences in pricing may be related to the materials, durability, branding, and warranty.

Have questions about ammunition and firearms? The experts at The Range 702 are ready to help. Contact us today!

What Does It Mean When Gun Owners Say Rack the Clip?

“Rack the clip” actually means “rack the slide,” which is how you chamber the first round from a magazine. Doing this will prime the trigger so that it will only take a single pull to fire, thus ensuring quick action in a situation that requires it. People sometimes use concealed carry holsters for magazines alongside a gun holster to easily carry extra rounds.

A new handgun or rifle owner will not be exposed to clips very often. At The Range 702, we understand that some people are used to hearing about clips more than mags, so you don’t have to worry about misusing the term when you get started with firearms.

Whether you’re interested in long-range or short-range shooting experiences, the experts at The Range 702 we’ll make sure you understand the fundamentals of shooting that will ultimately improve your marksmanship. Contact us today to learn about our training classes, shooting lanes, and extensive gun vault!

Looking to relieve some winter stress? The Spring Experience is a great way to blow off some steam and is perfect for beginners as well as experienced shooters looking for some target practice.