What Classifies a Firearm as an Assault Rifle?

What is an assault rifle? That depends on who’s answering the question.

Gun owners call the term meaningless. “Assault” is a verb, not an adjective. And any weapon is useful in defense as well as attack.

However, most militaries categorize weapons capable of select fire (where the shooter chooses fully automatic or semi-automatic) as assault weapons.

Fully automatic means you can press and hold the trigger and the gun will continue to fire until you release the trigger. Semi-automatic means the gun fires once for each press of the trigger. Both can fire much faster than a bolt, pump, lever, or break-action gun, which requires manually loading the cartridge into the chamber for every shot.

The First Ban On Assault Rifles 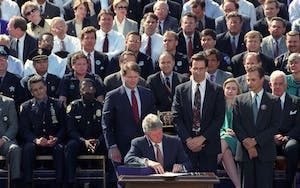 The Assault Weapons Ban (AWB) of 1994 expanded the definition: “any semi-automatic rifle with a detachable magazine and at least two of the following five items: a folding or telescopic stock; a pistol grip that protrudes conspicuously beneath the action of the weapon; a bayonet mount; a flash suppressor or threaded barrel (a barrel that can accommodate a flash suppressor); or a grenade launcher.”

Are you confused? I am. The AWB definition raises questions and invites gun owners and manufacturers to find loopholes. How does a bayonet lug (without a bayonet) make an “assault weapon?” Define “conspicuously.”

Don’t all these features make a gun more effective as a defensive tool? You can remove the bayonet lug, the flash suppressor, and the pistol grip, but the weapon will still be a semi-automatic rifle using the same ammo and magazine and capable of the same rate of fire at the same distances. You make a few easy changes, and you no longer have an “assault weapon.”

Gun control activists calls for banning guns called “assault weapons,” which includes semi-automatics and focuses on aesthetics. The complaint is about the features that make combat rifles easier to use: pistol grips, elevated sights, and barrel shrouds that dissipate heat. These items make guns more user-friendly but do not alter functionality: they cannot make a gun shoot faster, further, or more often. Guns lacking those features are just as deadly in mass shootings — and useful as defensive rifles — as guns with those features.

Development of Assault Rifles and the Term’s Origin

Soldiers were no longer charging across open fields. Now, they fought in close skirmishes. Modern rifles were too big and bulky for such fighting and didn’t fire long enough or fast enough.

Who Coined the Term “Assault Rifle”?

While it won’t help the firearm’s reputation, Adolf Hitler actually coined the term “assault rifle.” The Germans first developed the machinenpistole, a small, light, select-fire rifle that was not very accurate or powerful at long ranges but was deadly in close fighting. Hitler preferred a name more suited to propaganda, so he called the new gun a sturmgewehr or “storm weapon” or “assault” weapon. 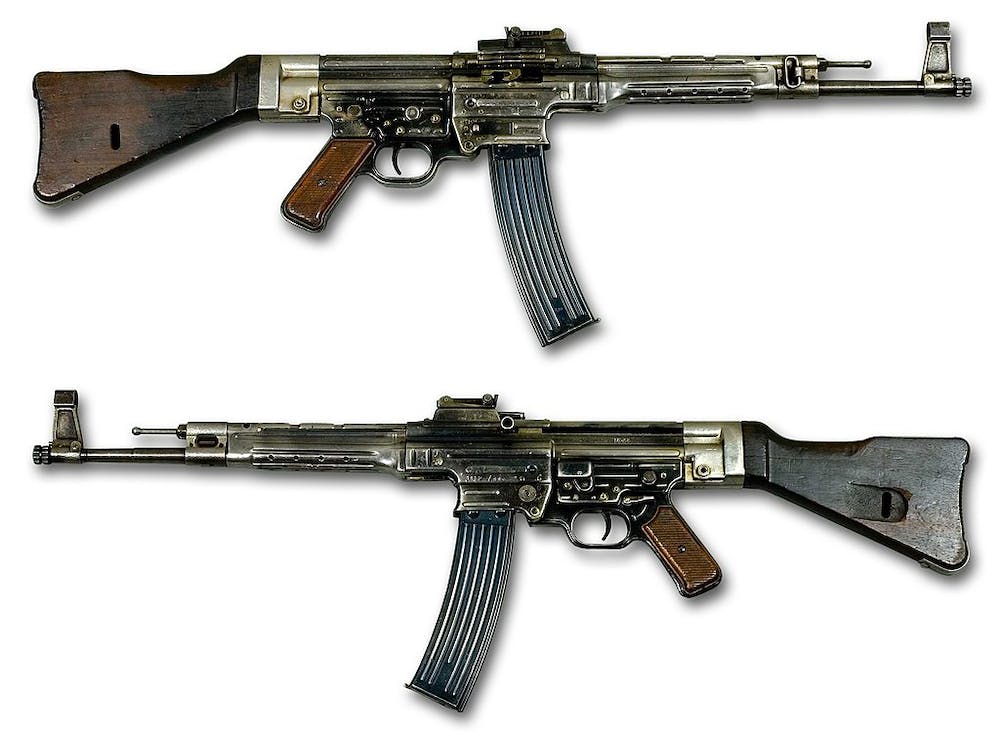 Other nations soon developed similar weapons: The Soviets made the AK47, The British made the EM-2, and the Americans made the M-14 and eventually the M-16 (also known as the AR-15) and have recently adopted the M-4 (essentially an M-16 with a shorter barrel and three-shot bursts instead of full auto). Most militaries now use assault rifles that are variations of the AK47 or the AR-15.