Sound Like A Pro: Types of Actions When Dealing With Guns 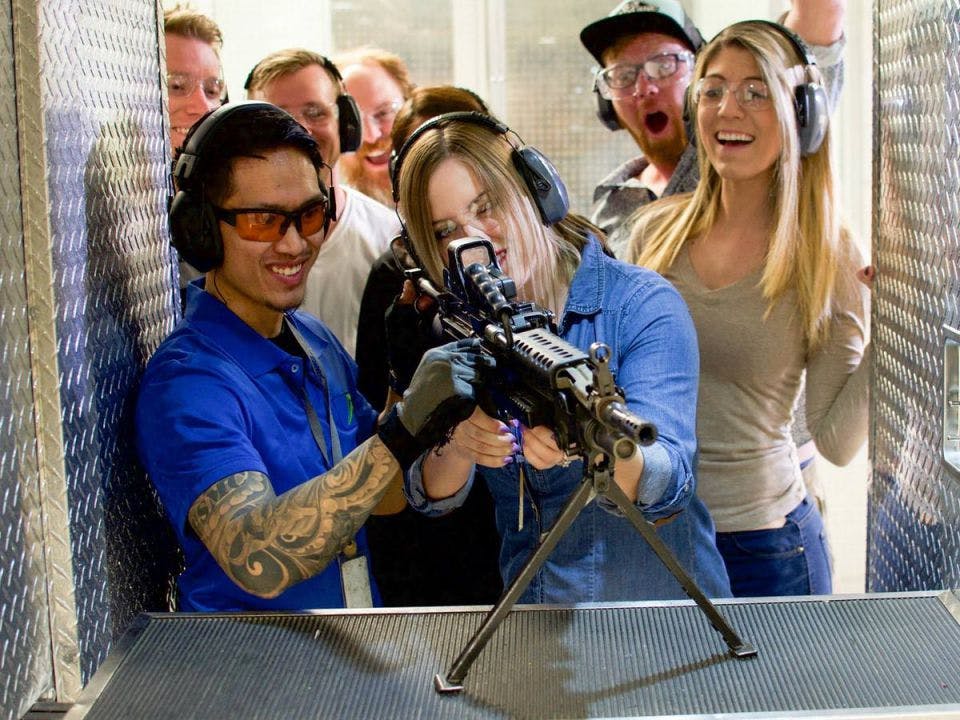 If you don’t know much about firearms, the idea of shooting a gun might seem complicated. However, with the proper firearm training and practice, indoor shooting range time is a fun and thrilling experience! Knowing the types of actions can help you feel more comfortable and confident when handling a gun. 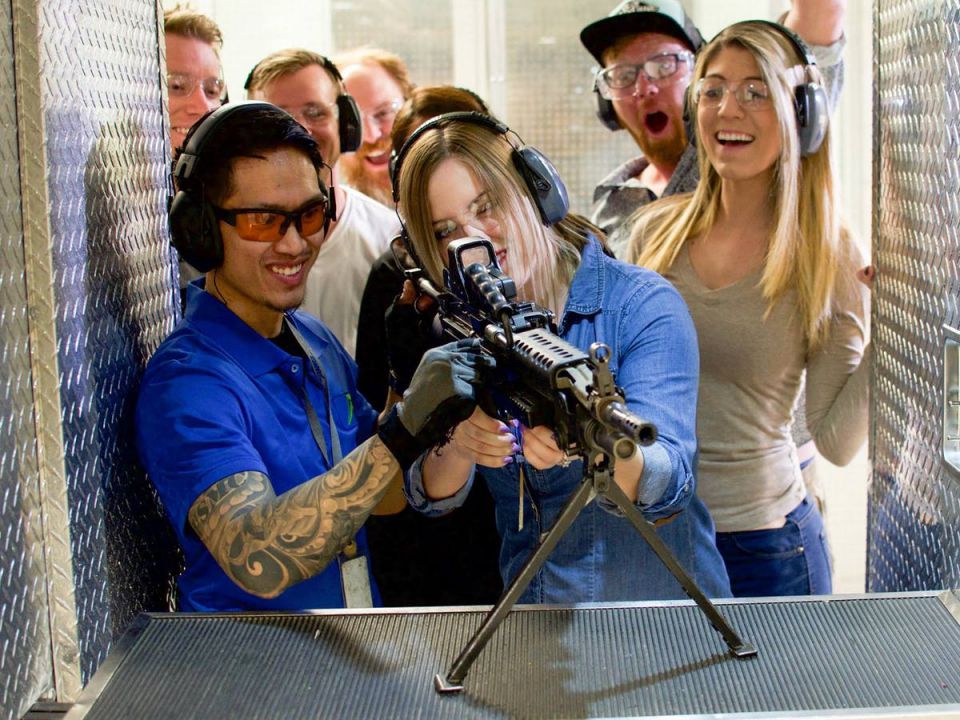 Our professional Las Vegas shooting instructors share what you need to know about different gun actions.

What Is the Action on a Gun?

The basic gun action definition1 is the collection of functional parts of a firearm that load, unload, fire, and eject empty cartridges. The action of a gun is the way in which the weapon operates. There are several types of actions and different ways they can be categorized, but there are six common types of firearm actions we’ll discuss.

Step up your shooting game with a 1-on-1 training class with an experienced shooting expert at The Range 702 in Las Vegas!

A bolt-action firearm uses a bolt that the shooter operates with a handle on the side of the gun above the trigger. Guns with this action are generally made for precision, sniping, hunting, and long-range shooting.

We see bolt action on rifles, but there are some exceptions with handguns or shotguns that have variations of this action type.

Here’s how you use a bolt-action rifle:

Common examples of bolt-action rifles2 include the Remington Model 700, Winchester XPR, the Ruger American, the Mossberg Patriot, and the Savage 110 Storm. Some shooters consider the bolt action to be the strongest action type.

A lever-action firearm is characterized by a large metal lever located on the bottom of the gun just behind the trigger.

You’ll often hear rifles with lever actions referred to as “classics.” It’s true—the lever-action firearm has withstood the test of time, which has a lot to do with the speed of this action type. However, gun collectors and enthusiasts like these rifles for their history, aesthetics, and the satisfying feel of the action.

To use a lever-action rifle:

It’s important to note that it can be hard to know if a lever-action rifle is loaded, so a shooter should unload the weapon completely before storing it. You can do this by repeatedly pushing the lever forward until all cartridges are ejected. Practicing at a rifle shooting range will help you feel more comfortable with this type of action.

Pump-action firearms are a popular choice for new and experienced shooters alike. They are fast and smooth and allow shooters to keep their eye on the target and finger on the trigger while re-cocking the shotgun or rifle.

They work by sliding a handguard on the forestock backward and forward. If you imagine the way a trombone player moves the tuning slide, you’ll have a pretty good idea of this action’s back-and-forward motion.

Here’s how a pump-action firearm works:

Try different firearm actions with a thrilling shooting experience at The Range 702! Contact us to learn more.

Revolvers are named for their distinctive revolving cylinders that contain the gun’s cartridges. With revolving action, one chamber lines up with the barrel each time the weapon is fired. They can either be single-action or double-action revolvers, which we’ll discuss more. This type of action is mainly used for revolver handguns.

To use a single-action and double-action revolver3:

Can a single-action revolver be converted to a double-action? Although it’s possible, it’s not easily done. If you’d like to convert your revolver, The Range 702 has some of the best gunsmiths Las Vegas has to offer. Give us a call to see if we can help!

Much like a door hinge, a break-action firearm’s stock drops down on a hinge, allowing the shooter to load and unload the weapon. Because this type of action makes it easy to use, many people new to hunting or sports shooting will start with break-action firearms.

Here’s how to operate a break-action gun:

With semi-automatic guns, a pull of the trigger will fire a shot and also automatically eject the cartridge and reload another round. Depending on the type of gun, semi-automatic actions may differ slightly.

Here are the basics of the semi-automatic action:

As the slide moves back with the recoil of each shot, it pulls another cartridge from the magazine into the chamber. Then, the shooter must pull the trigger again to repeat the cycle.

Learn the fundamentals of shooting with a skilled firearms instructor. Contact our team to schedule one of our training courses today!

What Does Single-Action Mean?

What Are Single-Action Semi-Automatic Handguns?

Many new shooters are confused by the idea of a single-action semi-automatic gun, so we’ll explain. Although a semi-automatic firearm ejects the empty cartridge and reloads another round, each trigger pull still only performs one function: firing the weapon. It is the operating mechanism of the gun that recocks the hammer.

To compare, standard double-action does not automatically recock the hammer after a shot is fired. The trigger must be pulled again to perform the double function of cocking the hammer and firing the gun.

What Is a Triple-Action Firearm?

Although you may have heard of triple-action guns, it’s often a term used loosely by different gun companies. There isn’t a universal definition of what a triple-action weapon can do, but many “triple-action” handguns allow shooters to have a round chambered with the hammer cocked. This is beneficial because it gives you a smooth and easy trigger pull that is similar to a single-action while being in double-action.

Try Different Types of Firearms at The Range 702 in Las Vegas!

Now that you have a better understanding of gun actions, it’s time to take a test drive. At The Range 702 in Las Vegas, we have every action type in our gun vault! We also offer one-on-one training sessions and customized shooting experiences to make your time with us one for the books. Contact our team to learn more.