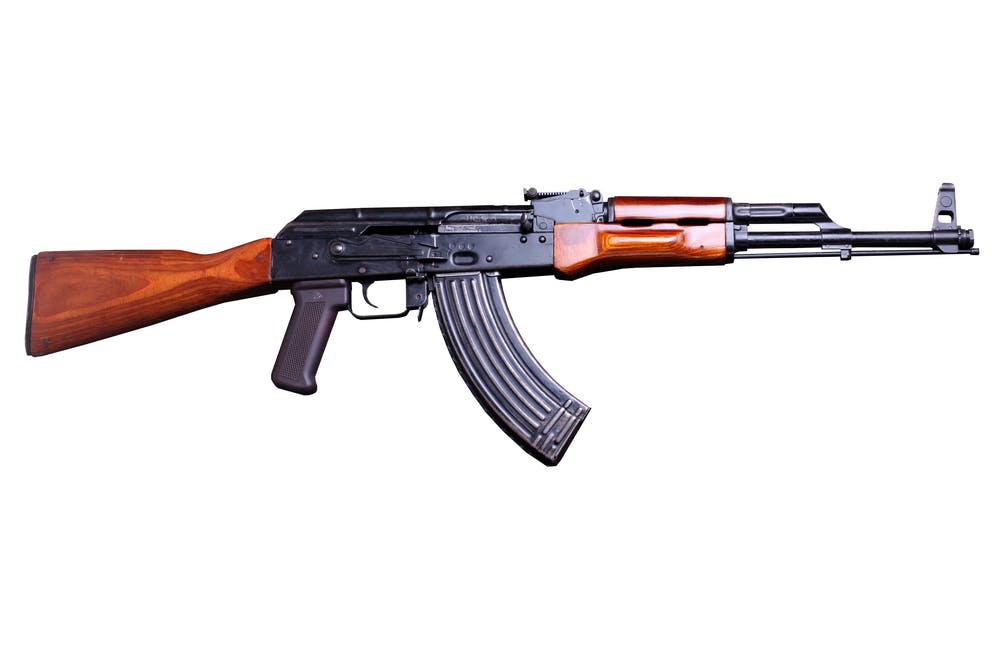 Back in 1941, during the height of the Battle of Bryansk, a young Soviet tank driver named Mikhail Kalashnikov found himself in the hospital recovering from wartime injuries. While he mended, he began drawing up plans for a new type of battle rifle that could provide the suppressive fire support of a traditional, two-man machine gun system, with the portability of a standard soldier’s rifle.

The war ended in 1945, but Kalashnikov continued to work on the development of such a weapon, and eventually created what has now emerged as the iconic AK-47. AK stands for Avtomat Kalashnivoka, or automatic Kalashnikov, 47 is for the year it was formally accepted as a new weapon system for the Red Army. The Kalashnikov design, known the world over as simply “an AK,” is simple, robust, reliable, and affordable.

The AK-47 is one of the most popular and recognized firearms in history. It has soldiered on almost unchanged for nearly 70 years. Here’s what makes it so great:

The AK design bypasses intricate machining and revolutionary technology and instead relies on a rugged, simple design that can be manufactured using commonly available machinery. The AK-47’s beauty is in its purposefulness. Most are constructed of stamped metal parts, use simple wood grips, buttstock, and fore grip, and offer no real creature comforts to speak of. But this means less to break and a 100% focus on die-hard reliability.

The original AK was not designed to be a high-powered rifle that could take out enemy positions with ease. Instead, it was thought of as a replacement for traditional machine guns that generally required two operators to manage. The idea was that a trained soldier could unleash a massive volley of rounds at an enemy in the same manner as a machine gunner would, without having to lug around a thirty-pound gun and heavy rounds. AK-47s use a 30-round, curved magazine that holds plenty of 7.62x39mm rounds. These are punchy little rounds that fall somewhere between the 5.56mm (.223) used in the M4, and the 7.62x51mm used in the M1.

If there is one hallmark of the AK-47 design, it is its inherent reliability, even in demanding situations. Countless stories of soldiers dropping their rifles into mud pits, having them run over by trucks, “forgetting” to clean their AKs for weeks on end, and they still work as intended. There are tolerances built into the AK design that make for a loose, almost imprecise feeling, but this is intentional and helps to eliminate operational failures that would otherwise afflict a “tighter” gun. In all, the AK is the most reliable weapon on the planet, and if one stops working it’s often cheaper to simply replace it.

The AK-47 is an incredible weapon that must be experienced firsthand in order to fully appreciate it. Its rich history only amplifies the significance as a mainstay throughout the decades.