Five of the Most Popular Gun Myths, Explained 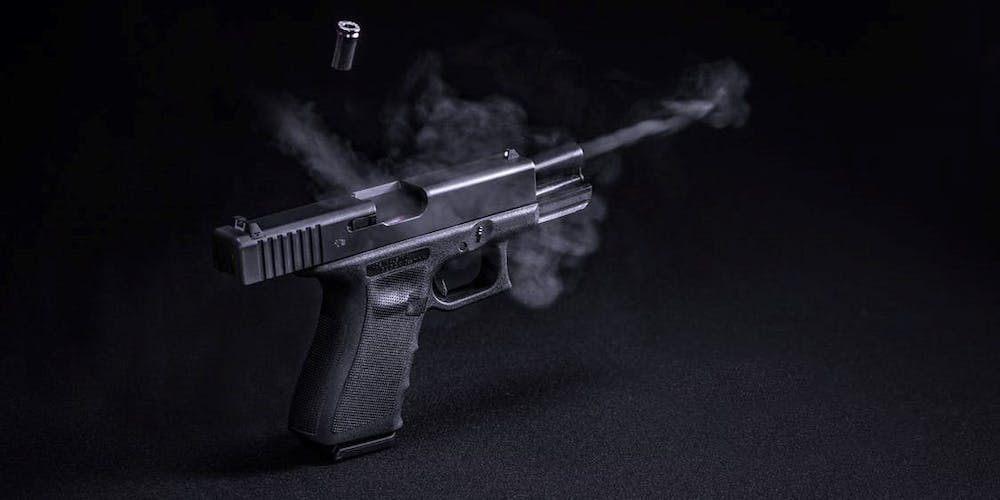 Unless you’re a gun expert or shooting enthusiast, it’s hard to know what to believe about firearms. Unrealistic depictions of guns in popular culture and blockbuster action movies might present some skewed ideas about guns and what people can really expect. So, we’re visiting the top five gun myths you may have heard so we can set the record straight! Check them out:

Myth #1 – Dropping a Gun Will Make It Go Off

Before we dive into this myth and the others, it’s important to note that above all else, gun safety is paramount. Arguably, the most important “golden rule” of gun safety is to treat every firearm as if it’s loaded. Accidents can happen and, “don’t worry, it’s not loaded” is something that should never cross your lips.

As such, gun owners know the importance of safe handling when it comes to guns. This includes having good trigger discipline by never putting your finger on the trigger until you’re ready to fire, making sure the gun is always pointed in a safe direction, and always handling the gun carefully because as we’ve already discussed, IT’S LOADED (even if it’s not).

One thing that might scare a person who’s never been around a gun before would be seeing a loaded gun being dropped. And while dropping a loaded weapon is not a situation you should strive to be creating, the reality is that it’s darn near impossible for a dropped handgun to go off.

In fact, new guns and imported guns go through drop testing to ensure the chances of accidental discharge are minimal. Having said that, older guns or “long” guns that have slightly different internal mechanisms and firing pins could discharge if dropped, but even then, it’s rare. The bottom line is that if your gun is in good working order and was manufactured in the last few decades, there is almost zero chance it will fire if dropped.

Myth #2 – All Bullets Cause Sparks

It’s easy to believe that bullets ricocheting off targets will create sparks because it’s a very common cinematic effect we see in all the most popular action movies. After all, bullets are metal and you’d expect the metal to create a spark when hitting another metallic object, right?

Well, let’s just say the movie industry has, once again, fulfilled their reputation for over-the-top flair. Hey, we get it! How else would the audience know how suspensefully close the bullets are to their favorite protagonist without that little flash?

However, the truth is that bullets rarely ever spark. Bullets are almost always made of copper or some kind of copper alloy. Notably, copper is a unique metal because it generally does not cause sparks, even when traveling at high speeds. On occasion, you may see a rifle bullet create a spark because they get hot enough for that to happen, but it’s still very rare.

There are few more satisfying elements of an action movie than seeing a bad guy take a shotgun blast to his solar plexus and fly backward through a door or a window. We can think of a dozen action scenes just off the top of heads, including 2006’s Running Scared. Just be warned – there’s violence and adult language! But this is only one example, and we’ve all likely seen enough movies to be able to list plenty more.

Bear with us because we need to get technical for a second. Newton taught us, via his famous third law of motion, that for every action, there’s an equal and opposite reaction. Therefore, for a gun to have enough power to lift bad guys off their feet when shot, the gun would have to have so much recoil that the good guy would be blown off his feet as well. Bullets simply don’t have enough mass to cause a full-grown person to go flying through the air in that way.

Myth #4 – Every Handgun is a Glock

This isn’t really a myth per se like the others on the list, but it bears mentioning. There’s a phenomenon in our lexicon known as a generic trademark. It’s when a particular brand of a product becomes so popular it becomes the name everyone uses to refer to it, even if it’s not the brand. Examples include calling all personal watercrafts Jetskis, calling all facial tissues Kleenex, and calling all cotton swabs Q-Tips.

Glock handguns are very popular here in the United States, so much so that they are close to being a generic trademark for handguns. Many people erroneously believe that a “glock” is a style of handgun made by several brands instead of the name of a particular manufacturer of handguns. Glock is a weapons manufacturing company headquartered in Austra known for their pistols, not a generic name for all handguns.

As operators of a gun range, this is one that’s obviously near and dear to our hearts. Our number one goal, above all else, is to ensure The Range 702 is the safest place for tourists and guests to come and fire off a few rounds.

And it’s not just our range – almost every legitimate shooting range in the country is exceptionally safe considering how many guns are fired on a daily basis. That’s because gun ranges are typically filled with trained professionals and staff who are familiar with guns and
know how to use them safely and properly.

There are professional shooting instructors on-site to help first-timers learn the safety of guns and how to use them effectively BEFORE even touching the firearm. It’s no different here at The Range 702 where we pride ourselves on offering a safe environment in which our customers can both learn and have a great time. Whether you’re a total rookie or a seasoned firearm enthusiast, we’ve got customized shooting experiences that will fit the bill in providing a safe and fun outing, all here in Nevada’s largest indoor shooting range.