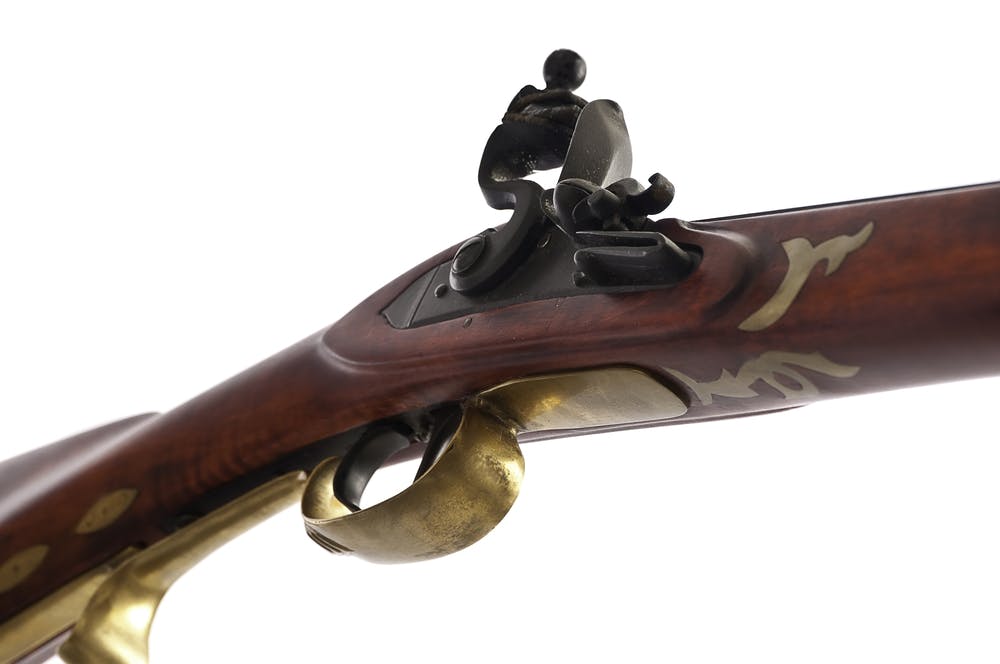 When you think of a muzzle-loading rifle, you might envision a 19th century soldier frantically plunging a bullet and powder charge down the barrel of a bayonetted rifle before the man across the battle line can do the same. Today, muzzle-loading rifles come with synthetic stocks, camouflage finishes, and fluted barrels. This is no longer a gun reserved solely for civil war reenactments.

A muzzle-loading rifle is simply defines as any rifle loaded by inserting a projectile and propelling charge through the muzzle, or front end, of the gun. Muzzle-loading rifles came to prominence on the American frontier in the early 18th century in the form of “long rifles,” such as the Kentucky Rifle or Pennsylvania Rifle. The product of immigrant German gunsmiths, these muzzle-loading long rifles were among the very first firearms to use a special technique, which involved carving out spiral grooves on the inside of the gun’s bore. This technique, known as rifling, caused the bullet to spin in a rapid spiraling motion as it exited the barrel. The spiraling movement gave the projectiles a flatter trajectory and greater stability. Muzzle-loading rifles were the weapon of choice for 18th and 19th century armies, and were used extensively throughout the American colonies during the Seven Years War and American Revolution.

The flintlock muzzle-loading rifle, with its earliest use dating back to the American Revolution, is still available today and is perhaps the most primitive of all muzzle-loaders on the market. The ignition of the flintlock involves the use of flint on the external hammer to strike a steel plate. The ensuing spark ignites a small amount of powder in a flash pan, which in turn ignites the main powder charge.

The Civil War brought the widespread use of percussion muzzle loaders, which could be reloaded more quickly than their flintlock predecessors, and performed more reliably in adverse weather conditions. The ignition of the percussion muzzleloader involves the hammer striking a musket-cap and sending a spark through a small touch hole to the main powder charge.

As the world entered the 20th century, the dawning age of industry and modern warfare turned the use of the muzzle-loading rifle into a lost art. Hunters and historians, however, continued to be enthralled by muzzle loaders. In 1985 the “in-line” muzzle-loading rifle was introduced. This in-line design placed the igniter directly behind and in-line with the main powder charge, resulting in more efficient ignition and better accuracy. It was a weapon hunters could get behind, and they did. Today, there are multiple in-line muzzle loading rifle models to choose from. Most of them fire .50 caliber rounds and use either hammerless bolt action, break action, or plunger action designs.