The Incredible History of Sig Sauer 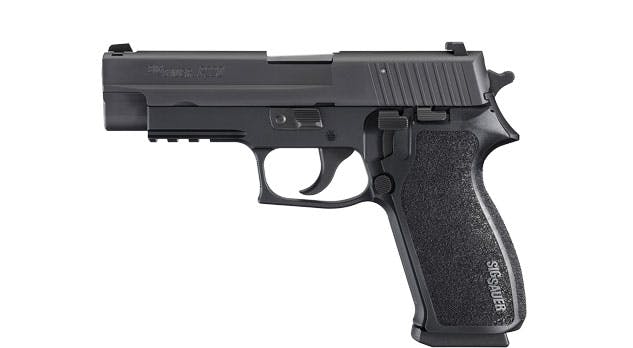 SIG Sauer is a namesake synonymous with engineering excellence, consistent and reliable performance, and continual innovation. Here’s the rich history behind how they got started.

In 1853, Friedrich Peyer im Hof, Heinrich Moser, and Johann Conrad Neher founded Schweizerische Waggon Fabrik, which translates into Swiss Wagon Factory in English. The group pooled their engineering talents and created what was to be the first of many legendary firearms for the Swiss company: the 1860 Prelaz-Burnand rifle.

So well-received was this rifle that the Swiss Ministry of Defense ordered 30,000 of these weapons for use in the nation’s army. Gunsmith Jean-Louis Joseph Prelaz and Edouard Burnand are credited as the inventors of the rifle that came to be known as the M1863.

After receiving the government contract to build the M1863 rifles, it was decided that the company’s name would change to Schweizerische Industrie Gesellschaft, which is German for “Swiss Industrial Company.” This new moniker led to the adoption of the shortened name for the company – SIG.

During the early 1900s, SIG created several iconic weapons, including the Mondragon – itself one of the first auto-loading rifles featuring a selector switch that enabled both “automatic” and “rapid” fire. It was able to send a volley of 7x57mm Mauser round downrange at a rapid pace, making it ideal for use during wartime. It saw action during the Mexican Revolution, and both World Wars.

One of the first pistols created and manufactured by SIG was the model P210. Developed in 1937 and patterned loosely around the French Model 1935 handgun, the SIG P210 was a single action, semi-automatic pistol that was well-received due to its precision design and incredible accuracy. Design features like a close-tolerance slide and significant use of top-quality metals only served to enhance the performance of the P210.

In the 1970s, SIG began using a sophisticated manufacturing process/set of machines known then as Automatic Screw Machines. This new technology allowed for better production tolerances at a lower overall cost of production. The P220 was born out of this manufacturing methodology and paved the way for a host of new guns. During this same decade, SIG bought gun makers Hammerli and J.P. Sauer and Sohn. The latter company added the “Sauer” to SIG Sauer, as it has been called for almost five decades.

As the years have progressed, SIG continues to create a variety of pistols and rifles – many of which have been adopted by armed forces around the globe. To this day, the British SAS and US Federal Air Marshalls use the P226. The P226 MK25 sees use with US Navy Seals and the Coast Guard, while the P228 was adopted by the US military and was rebranded as the M11 pistol. Several rifles manufactured by SIG have been put to work with law enforcement groups and several international armed forces units. Amazingly, SIG Sauer reports that a full one-third of US police officers uses SIG firearms – a ringing endorsement for sure.

SIG Sauer continues to be a legendary name in firearms, and now you have the opportunity to experience the power and precision of a SIG firsthand. Visit Range 702 in Las Vegas and sample a SIG pistol or rifle to truly experience the technology and innovation that have kept SIG at the forefront of firearms development for over 150 years.