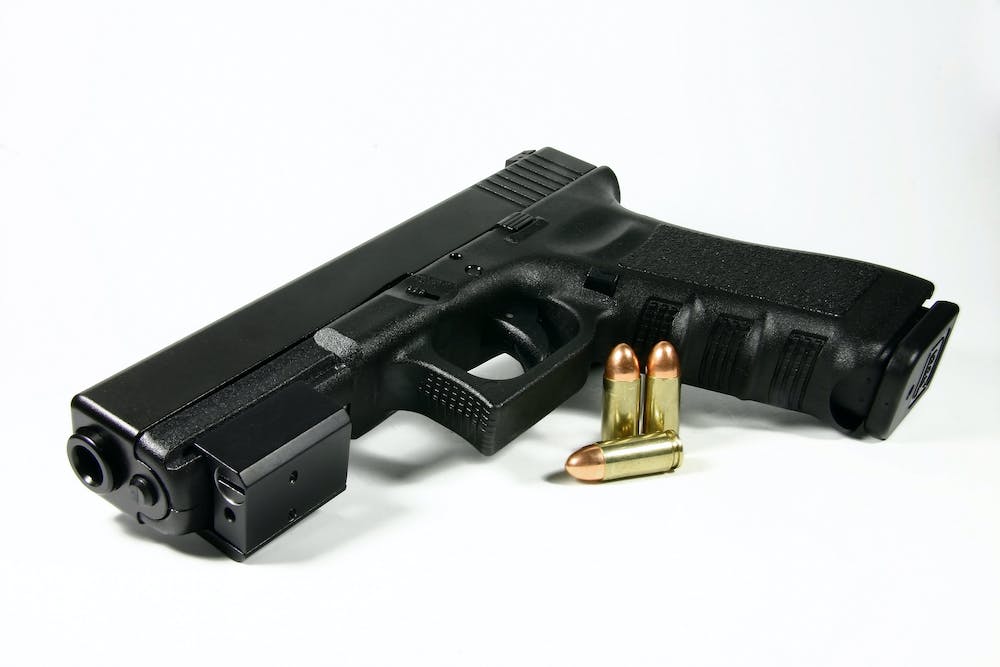 The next time you’re at the range, make sure you refer back to the weapons on this list so you can shoot a pistol, revolver, shotgun, rifle, or machine gun that has staked its claim as one of the most important guns. Some of these have proven themselves on the battlefield. Others have found their way into the hearts of sporting men and women the world over. From the Glock to the Garand, these are some of the most influential and groundbreaking firearms in history.

Gaston Glock created what is now an iconic sporting and self-defense weapon – the Glock 17. Named the ‘17’ because it was Glock’s 17th patented unit, the simple and intuitive sidearm fires the 9mm cartridge and has been adopted by nearly 70% of the U.S. police market. The Glock 17 employs several passive safety features that make it one of the safest weapons to carry today.

Originally conceived in the 1940s, this instantly recognizable assault rifle boasts more than 75 million units in production since 1949. It has been the weapon of choice for foreign militaries, freedom fighters, and guerrillas for decades. Firing potent 7.62x39mm cartridge from a 30-round magazine, the AK-47 is exhilarating yet easy to shoot. 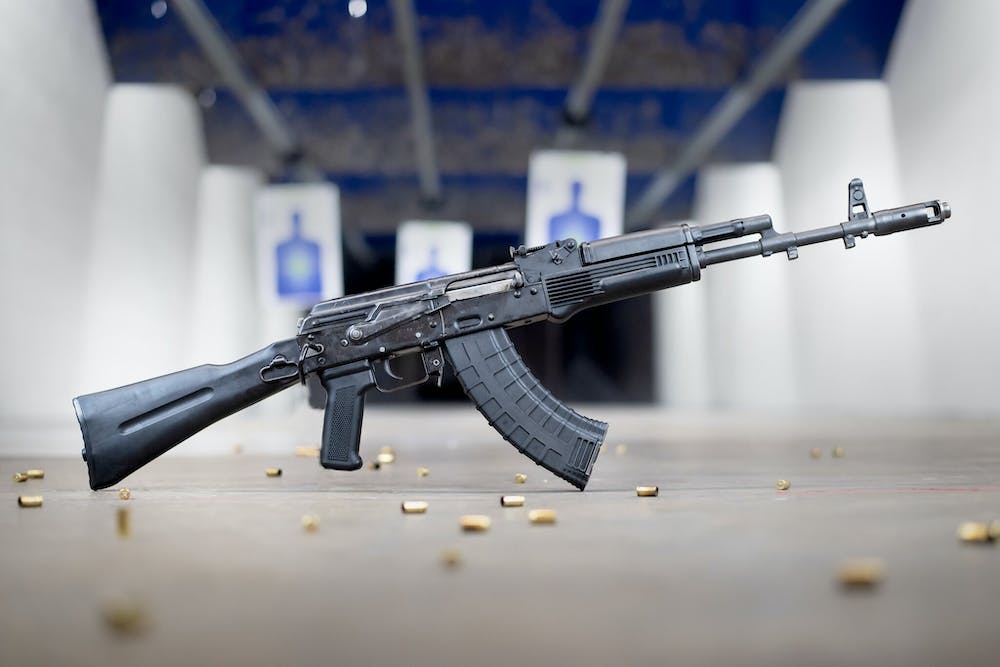 WWII was the ideal proving ground for the M1, as its gas-operated action provided a much higher rate of fire than the bolt-action rifles that were also in use during the war. Firing .30-caliber rounds from an 8-shot clip, the M1 proved durable, deadly, and highly accurate in the hands of a skilled marksman.

Thanks to John Browning’s quest to create a more powerful round than the cartridges in common use during the turn of the 20th century, the .45-caliber pistol was born – and it is still alive and kicking nearly 115 years later. The Colt M1911 is a semi-automatic, 7-shot pistol chambered in .45ACP. And boy, is it fun to shoot! Combining ergonomics, excellent accuracy, and the undeniable stopping power of the .45-caliber round, you simply have to shoot the .45 to understand why it’s a legend. 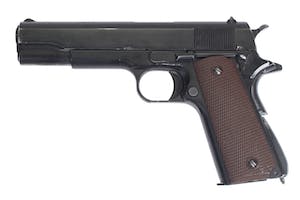 This iconic machine gun was truly feared by the Allied forces during WWII, as it delivered a rate of fire that sent as many as 40 8mm high-velocity rounds downrange per second! The Germans were able to change barrels in just 60 seconds, and that enabled the shooting team to get back in the action in no time. The MG-42, or “Hitler’s Buzzsaw” is a devastating weapon that almost tipped the scales to Germany’s favor at Omaha Beach.

Chambered in .44 Magnum and made famous by Clint Eastwood’s character Harry Callahan in the movie Dirty Harry, the S&W 29 is still one of the most powerful handguns in the world. Though other modern revolvers boast cartridges that are even more potent than the .44 Magnum, this gun and chambering strikes the ideal balance between massive power and shooting comfort. If you want to feel like Dirty Harry, there is no substitute.

Originally designed by arms whiz Eugene Stoner, the M4 (carbine version) and M16 (full-size version) are the most popular rifles sold today and fire the potent yet controllable 5.56mm round. The U.S. military began using these weapons in the jungles of Vietnam in the late 60s, and they show no signs of slowing down. Most shooters today opt for the civilian version called the AR-15, which is essentially the same carbine as the M4 but in a semi-automatic version. 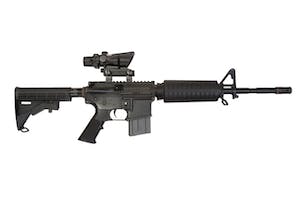 Remember that iconic picture of the Secret Service standing around a just-shot President Reagan in the early 80s? If not, go check it out again. You’ll see a Secret Service agent standing guard around the President, Uzi at the ready. If he wanted to, he could have unleashed 30 rounds of 9mm from the 10-inch barrel in just three seconds; .45-caliber versions were also made with a slightly lower rate of fire. Uzis are virtually indestructible and are highly popular even today as personal defense weapons or for any bodyguard or executive protection roles. 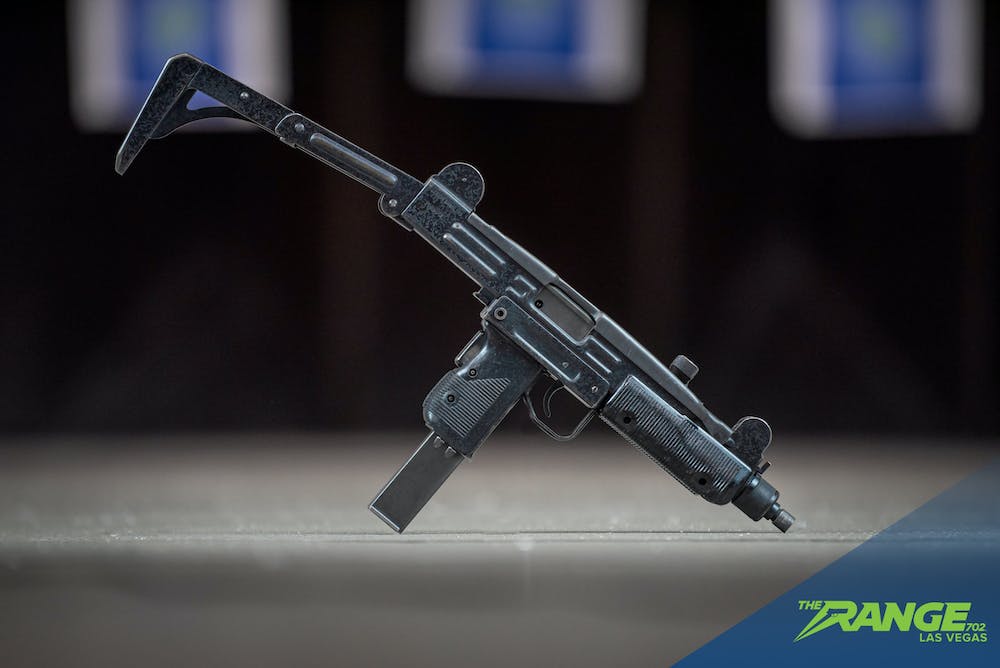 These weapons represent a sampling of the most iconic and important weapons from modern history. If you’d like to feel what it’s like to unleash a hailstorm of 9mm rounds from a Uzi, a full magazine of 5.56mm bullets from an M16, or a clip of potent .45ACP rounds from a legendary Colt .45, visit the firearms and shooting sports experts today at The Range 702.