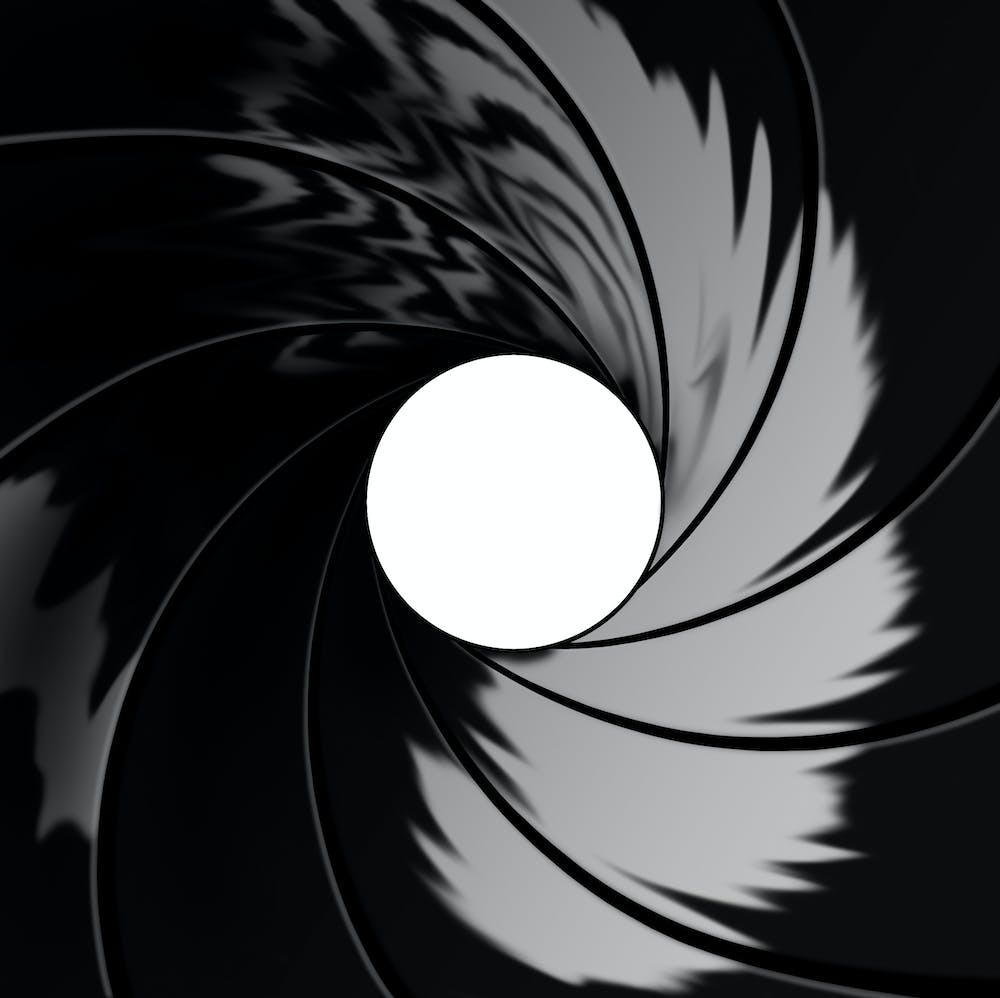 Bond movies are beloved by gun enthusiasts from around the world. The intro even features a “glimpse down a gun barrel” motif before the opening credits as each movie kicks off. It’s only fitting that we take a look at the memorable weapons used by Bond and his enemies throughout the last 55 years of production, especially if you’re looking to channel your inner Bond the next time you’re at the range.

This decade featured some of Bond’s more memorable films, including Dr. No and On Her Majesty’s Secret Service. The 60’s-era films were characterized by enemies with a Communist bent, and Bond certainly loved his Walther PPK. This compact, semi-automatic, 7-shot pistol was chambered in 7.65mm (32-caliber) and was featured in all but three Bond films. Its small size meant Bond could carry it discreetly during covert missions…or, cocktail parties. Now if only we could forget George Lazenby and remember Sean Connery played 007 five out of six movies in the 60s.

Connery portrayed Bond in the 1971 film Diamonds Are Forever, but super-suave special agent 007 would be handed over to Roger Moore starting in 1973. Bond again uses a Walther PPK during this era, as well as a .44 Magnum revolver (right around the time Dirty Harry was released), a Sterling submachine gun, and a Holland and Holland double rifle. His enemies, though, tend to use unique weapons during this decade – including bad-guy Francisco Scaramanga’s “Golden Gun” – a single-shot, 4.2mm caliber, gold-plated handgun. This gun could be disassembled to avoid detection.

Five Bond movies were released in the 80s, with Roger Moore and newcomer Timothy Dalton sharing acting duties. Moore was the smooth-talking ladies’ man, while Timothy Dalton was intensity personified. Both men preferred a Walther PPK as a primary sidearm, though Dalton would later diversify his weapons preferences by using a pump-action shotgun, an AKM automatic rifle, a Taurus 9mm pistol, an M-16, and a bolt-action sniper rifle – most likely in .220-Swift caliber. The guns keep getting better as time goes on.

Only three Bond films were made in the 90s – a byproduct of the less-than-smooth transition from Timothy Dalton to Pierce Brosnan. But the weapons used throughout these three films were certainly fun to dream about. The Walther PPK is there, of course, but so is a Soviet-era Kalashnikov AK-74, a Sterling AR180 machine gun, a Calico 9mm pistol, Walther P99 9mm, H&K MP5K (one of the most entertaining guns to shoot), FN P90, and Colt 1911-A1. Bond eventually transitions to a Walther P99 in 9mm as his primary sidearm, as the PPK at this point became a bit too old-fashioned for a modern-day Bond.

Pierce Brosnan hung on and played Bond in 2002’s Die Another Day, but it was Daniel Craig’s more serious take on Bond that drew people back to the worldwide franchise in droves. These agents used a wide range of guns, but tactical-minded firearms were definitely in play here – from Ingram MAC-10 machine pistols to the H&K UMP-9 with an integral suppressor, the Sig Sauer P226 pistol to the Glock 17 – it’s all about functionality and tactical superiority in this era. Bond’s original Walther PPK certainly served its purpose against the bad guys of the 60s and 70s, but the newer films certainly showcased the benefits of more modern weaponry.

If you’re looking to experience 007-level firepower in the comfort of a climate-controlled, indoor shooting range in the heart of Las Vegas, consider a trip to Range 702. You can shoot a seemingly-endless array of weapons that have made appearances in Bond’s personal arsenal – as well as in the hands of Bond film bad guys. From the iconic M16 to the tactical Sig Sauer series of pistols – even the fully-automatic H&K MP5K submachine gun, you can unleash your inner special agent today.