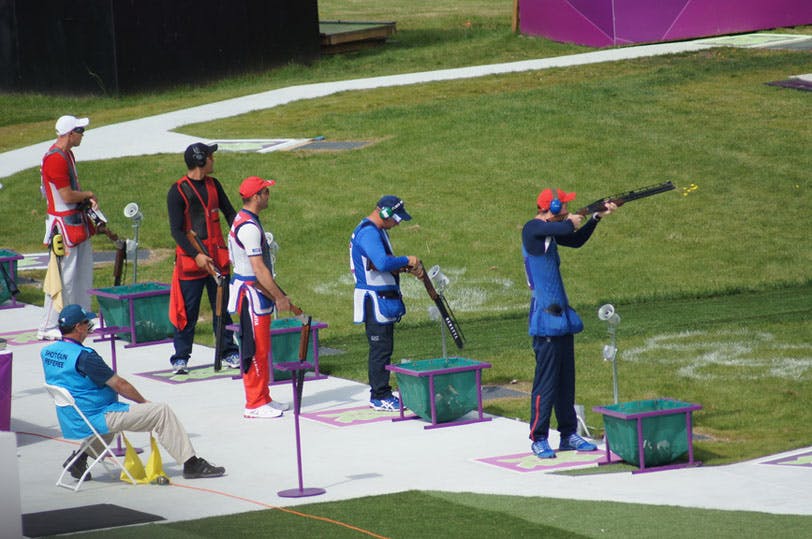 In the world of competitive sports, nearly as much interest is generated around the training disciplines and preparatory methods of the sport as there is with the resulting “wins” and “losses.” While some sporting competitions are more grueling than others, there is no arguing the fact that any competitor who wants to emerge as a leader in his or her field must spend significant time training and refining the fundamentals of the particular discipline. Baseball players take batting practice before every game, race car drivers run practice laps on race day, and long distance runners hit the pavement at least four or five times per week to stay in peak shape. In the world of competitive shooting and marksmanship, consistent training and conditioning activities are absolutely vital to maintaining an edge on the competition – and the ability to master any of the variety of shooting sports will come down to the shooter’s ability to concentrate, understand and retain training, and exhibit incredible discipline.

While many individuals think that the recent surge in shooting sports activities point to shooting itself as a new sport, the opposite is actually true! To put it into perspective, the National Football League (NFL) was formed in 1920, Major League Baseball (MLB) in 1869, the National Hockey League (NHL) in 1917, the National Association for Stock Car Racing (NASCAR) in 1948, and the National Basketball Association (NBA) in 1946. The Civilian Marksmanship Program was founded in 1903 in conjunction with the US Government to promote and encourage the shooting sports for scientific, sporting, and competitive purposes. National matches, Olympic events, and a seemingly infinite variety of shooting competitions have emerged over the past 100 years that demonstrate the commitment and ethic of the competitive shooter.

Beginning in 1903, the National Rifle Association (NRA) – with help from the US Congress, created the National Board for the Promotion of Rifle Practice (NBPRP). This later became known as the Civilian Marksmanship Program and included over two hundred shooters within its first three years of existence. The program and its related programs now encompass over one million American shooters – a testament to the popularity and accessibility of the sport.

Today’s shooters epitomize the definition of highly trained. But one of the most important training considerations that has become engrained into the competitive shooting culture today is that of absolute safety and the utmost in concern for others. When you visit a professional gun range, you’ll encounter firearms instructors who follow a strict code of safety that includes:

Just as players in the NFL spend an incredible amount of time preparing for each and every one of their sixteen games per season, competitive shooters must also demonstrate a true commitment to the fundamentals of training. Proper stance, trigger manipulation, breath control, sight alignment, muscle memory, and more, are key components to becoming a competent shooter.

Marksmanship is not about spraying bullets downrange, rather – it is about harnessing the sporting potential of a firearm through training, discipline, and practice. A marksman is like a surgeon with a firearm. Dedicated, highly-skilled, and focused on repeatable performance. See some of the greatest examples of sharpshooting in this Skilled Marksmanship in History Infographic.

To take the first step in improving your marksmanship abilities, you’ll want to partner with a reputable and forward-thinking firearms training facility that can help you understand and implement the fundamentals of shooting. From practical shooting competitions to Olympic-style events, there is no limit to the ways in which you can include shooting as a relaxing, safe, and enjoyable pastime.