The Top Seven Movie Guns of All Time 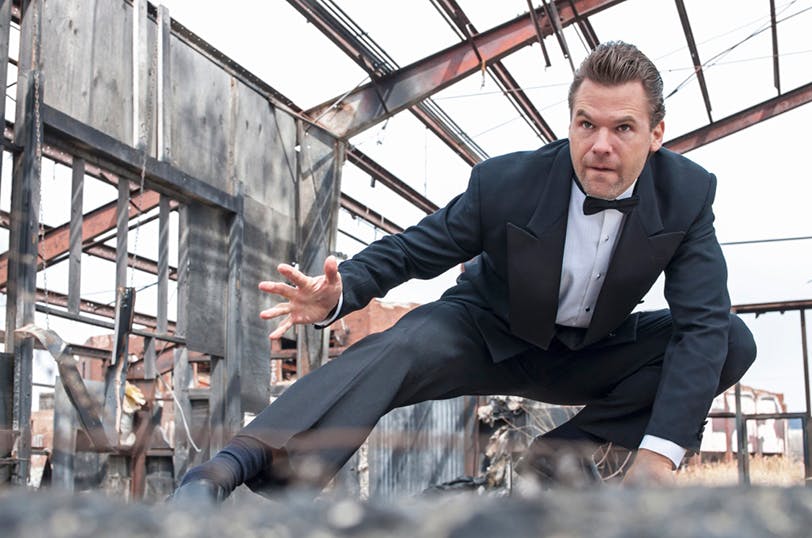 Modern cinema has taken the gun from a simple prop to a living, breathing extension of an actor’s persona. Movies are a terrific medium through which to educate the masses about different guns and their intended uses, but more fun than a history lesson about a gun is the way a firearm is artfully integrated into a story line.

The following list examines the top seven movie guns of all time, starting with:

From the 1987 hit film Predator comes the idea of a human holding and off-hand firing a mini-gun. The scenes where the M134 mini-gun literally mows down an entire rainforest of lush green trees with a volley of 7.62mm rounds is an iconic scene.

From 1983’s Scarface comes the scene with Al Pacino’s character, Tony Montana, using an M16 with attached M203 grenade launcher to great effect. The classic line of “say hello to my little friend” can be heard during this scene.

Arnold not only had a really sweet 12-guage shotgun throughout the movie, but he reloaded it using a lever action spin maneuver that was duplicated by millions of kids with their bb guns for years after the movie came out. Yes, you can cock and reload a lever action like Arnie – no, we don’t suggest it.

Jame’s Bond, more appropriately referred to as 007 over nearly two dozen movies, has used a Walther PPK throughout most of his tenure. This is not a big, brutally-powerful weapon, rather it is a suave and sophisticated interpretation of the modern spy gun. Easily concealable and plenty powerful for actual use in the line of duty, the PPK is still being used as an effective concealed carry gun today.

Though essentially a long-barreled Beretta M9, this highly-modified version of a basic US Army pistol shot via three shot bursts that delivered devastating results. It looked cool, and the idea of a heavily-armored robot coming after you with this gun is enough to give anyone pause.

Though Antonio Banderas’ character in the movie employed mainly traditional guns like shotguns, AR-15s, and Uzis, there is something inherently cool about toting them around in a guitar case – always at the ready yet completely concealed.

The first place spot is an easy pick. Gun lovers and movie enthusiasts alike tend to converge on the 1977 classic Dirty Harry – and Clint Eastwood’s iconic Smith and Wesson .44 magnum revolver. Sure, it isn’t a practical gun for real cops to use, but who ever said Harry was practical? What this gun was then and is today is an indestructible and highly accurate revolver that will make any crook take pause when caught in the act.

Guns have become so engrained in modern media that set designers often employ firearms specialists to design and integrate guns into today’s hit movies. So ask yourself – do you feel lucky? If you own any of the guns on this list, you just might be!

Free transportation to and from The Range 702!