Shooting at the 2016 Olympic Games 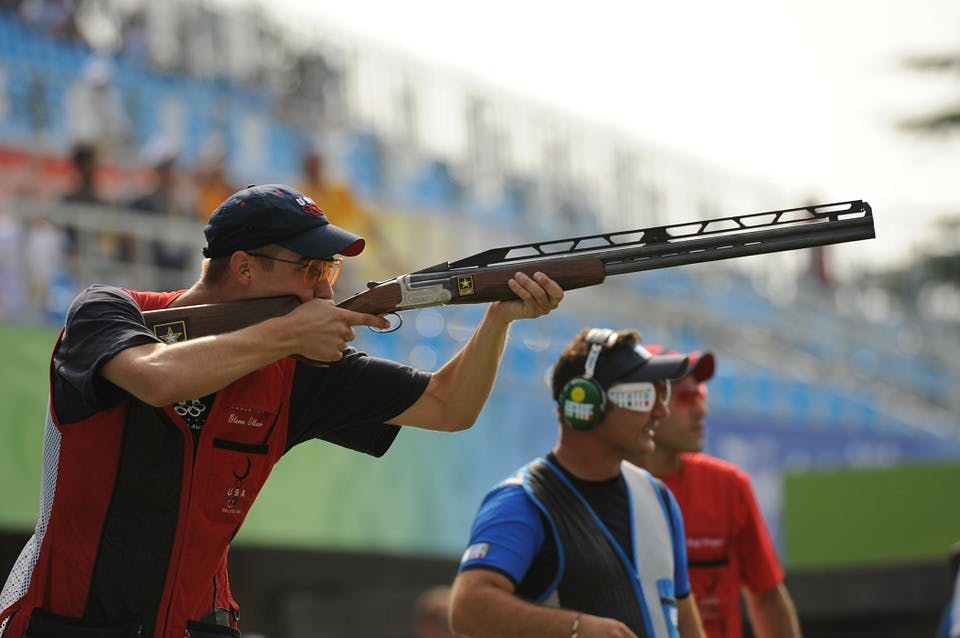 Since the first modern Olympic Games held in 1896, the world’s best shooters have assembled every four years to prove their mettle and redefine the characteristics of an expert marksman. From air rifle to double trap, this year’s Summer Olympic Games in Rio offer an exciting array of shooting events to witness.

Only the Summer Olympic games in 1904 and 1928 were absent of shooting events, and world wars caused the cancellation of the 1916, 1940, and 1944 games. So over the past 120 years, the world has been witness to dozens of competitions involving rifles, pistols, and shotguns.

2016 marks an exciting year for those involved in or interested in the shooting sports – especially Olympic-style competitions. During the 2012 Olympics, 390 athletes from 108 countries competed across 15 shooting events, and this year sees an identical number of events and athlete count, with some dramatic changes to the rules and regulations of the shooting events themselves. The following is an overview of what can be expected at this year’s games in Rio.

WHAT TO EXPECT – RIFLE

The Olympic rifle events this year are broken down into men’s and women’s events, and add up to a total of five unique competitions.

Men’s 50m Rifle Prone: Using the standard .22-caliber cartridge, shooters in this event will fire 60 shots within 50 minutes and aim for a maximum score of 654 points.

Men’s 10m Air Rifle: Using industry standard .177-caliber (4.5 millimeter) pellets at targets placed 10 meters out and 1.4 meters above the floor, shooters must fire 60 pellets within 1 hour and 45 minutes. The maximum score is 654 points.

WHAT TO EXPECT – PISTOL

Men’s 10m Air Pistol: Using regulation 4.5mm, or .177-caliber pellets, shooters will fire 50 shots in an hour and 15 minutes, with a high score max of 600. Winners will move on to later rounds where just 20 shots are fired.

Women’s 25m Pistol: Women use standard .22-cal pellet pistols and must shoot 60 shots, 30 in precision mode, and 30 in rapid-fire cadence.

Women’s 10m Air Pistol: Women use standard .177-cal pellet pistols and must shoot 40 shots within 50 minutes. Later rounds will whittle down the number of shots until a final elimination is registered and a winner crowned.

WHAT TO EXPECT – SHOTGUN

Right side profile, medium shot of US Army Specialist William H. Keever as he takes aim down range on Wednesday, September 20th, 2000 in the Men’s Double Trap at the Sydney 2000 Olympics. SPC Keever, who finished 12th, is a member of the US Army Marksmanship Unit at Fort Benning, Georgia.

Men’s Trap: Five rounds of 25 targets each are conducted through rotating station assignments.

Men’s Double Trap: 150 targets are shot with clays flying out from underneath each competitor’s station.

Men’s Skeet: Shooters engage skeet targets from either the “High House” or “Low House,” which refers to whether the skeet comes from the left or right sides of the field.

Women’s Skeet: Three rounds of 25 targets are shot according to a rotating schedule.

The 2016 Rio Olympics are bound to be exciting for all involved. But if you’re a fan of the shooting sports or simply want to learn more about the exciting world of pistol, rifle, or shotgun shooting, you’ll want to pay close attention to the 15 events listed above.