Rio 2016 Olympics: Shooting for the Gold 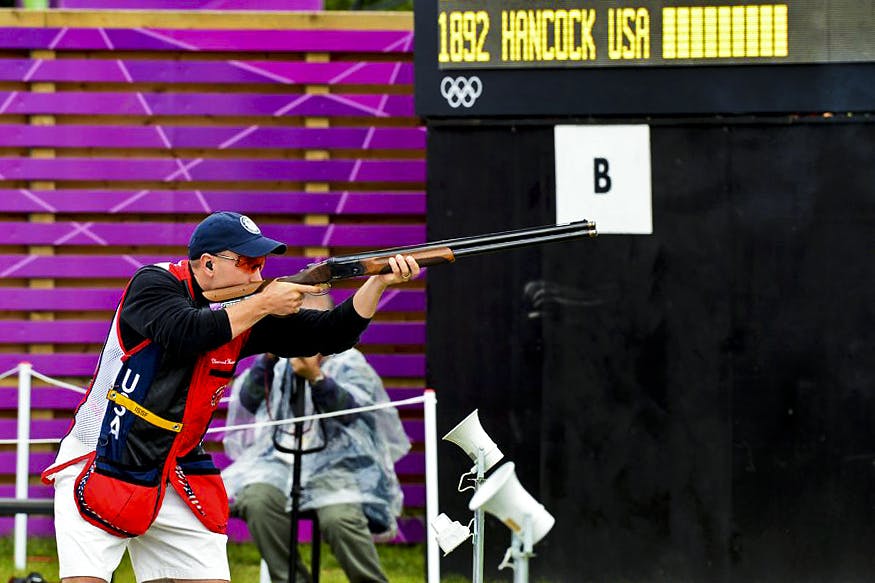 August 5th to the 21st marks the much-anticipated 2016 Olympic Games in Rio de Janeiro, Brazil. The Games provide another thrilling chance for shooting sports enthusiasts to see the best of the best in action. This colossal event will see 206 countries compete across 306 events, at 37 unique venues, and within 42 sports disciplines.

Thousands of people will soon crowd Deodoro Olympic Park – the home of the Olympic shooting center this year – to witness some of the finest shooters around the world.
In double record-setting fashion, Sgt. Vincent Hancock became the first shotgun shooter to win consecutive Olympic gold medals in mens skeet on Tuesday at the Royal Artillery Barracks. Hancock, 23, a Soldier in the U.S. Army Marksmanship Unit from Eatonton, Ga., eclipsed his own records set at the 2008 Beijing Games for both qualification (123) and total (148) scores. He struck gold in China with a qualification score of 121 and total of 145. Hancock prevailed by two shots over silver medalist Anders Golding (146) of Denmark and by four shots over Qatars Nasser Al-Attiya (144), who secured the bronze medal by winning a shoot-off against Russias Valeriy Shomin.[/caption]

THE HISTORY OF OLYMPIC SHOOTING

Though marksmanship competitions can be traced back to the time of the ancient Greeks, shooting clubs began to sprout up across Germany in the 13th and 14th centuries. Public matches were commonplace in the 16th century, but the origins of Olympic shooting are a more recent phenomenon. Since the 1896 games, the first modern Olympic games on record, shooters have competed against one another in incredible displays of marksmanship.

French nobleman Baron Pierre de Coubertin, the orchestrator of the first Olympic Games, was a highly-decorated pistol shooter and insisted on gun-related events on that first Olympic program. Since then, shooting competitions have been included on all Olympic calendars except the 1904 St. Louis games and the 1928 Amsterdam competition.

Over time, the games have evolved from just four nations competing in shooting events in 1896 to 83 countries being actively involved during the Barcelona Olympics in 1992. The shooting competitions have grown to involve the third largest number of participating countries of any other sport at the Olympic Games. American shooters currently rank highest in historical Olympic medal counts with 53, as of the 2012 Olympics, followed by China with 21 and the Soviet Union with 17.

Countless incredible men and women have represented the United States in Olympic shooting competitions over the past 120 years, with the following representing some of the winningest shooters from our great nation:

Kim Rhode (born July 16, 1979): Kim is the most successful female shooter in Olympics history. She’s a five-time Olympic medal winner with three golds to her name. She is also a six-time double trap national champion. At the 2012 Summer Olympic Games, she broke 99 out of 100 clays to win a gold medal in skeet.

This year, tune into the 2016 Rio Olympic Games to discover how thrilling the shooting sports can be when seconds count and millimeters separate winners from runners-up. Our nation’s proud shooting sports heritage will be on display for the entire world to see.